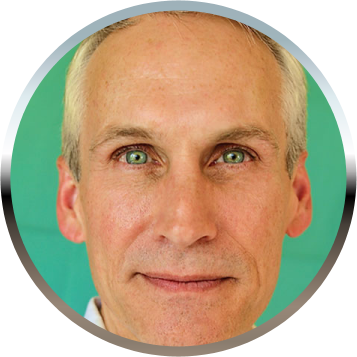 Mark is a Spiritual Scientist and Harvard Business School Alumni. After graduating from Eastern Michigan University in 1986 with a degree in Computer-Aided Design (CAD), Mark worked for Sun Microsystems and established himself as an expert in 3D computer graphics with an emphasis on networking and computer security. In 1992 Mark left Sun to start Netrex, his first of three businesses. Netrex went on to become the largest Internet security consulting company in the world. While running Netrex, Mark began attending Harvard Business School’s Owners and Presidents Management Program in Cambridge starting in 1998 and graduated in 2000 (OPM 30). After selling Netrex in 1999, Mark retired and in 2004, Mark launched his second career into nanotechnology by starting Nanorex, a software company that developed the world’s first 3D molecular modeling program for designing and simulating advanced nano-scale machine systems. Mark retired a second time in 2009 and took up ballroom dancing and became an amateur champion in competitive ballroom dancing.

In 2012 Mark came across a video of ‘The Disclosure Project’, which prompted him to register and participate in a 6-day retreat to learn a meditative practice called the “CE-5 Protocol” that the organizer claimed could be used to establish contact to extraterrestrial intelligence. This resulted in a face-to-face contact experience that changed his life. After this event, Mark’s passion and focus shifted to supporting the healing of our planet, world peace and inviting people to connect with our star family so that the human family can finally learn of its true history and connection to advanced life throughout the universe.
Website