Founder and Principal of the Australian Close Encounter Resource Network 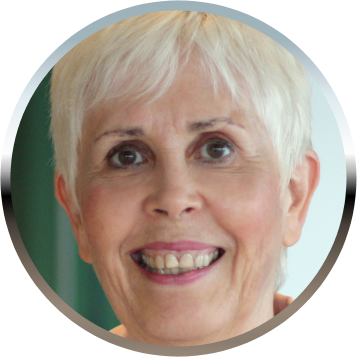 Mary Rodwell is Founder and Principal of the Australian Close Encounter Resource Network (ACERN) and Co-founder and Director of The Dr Edgar Mitchell Foundation for Research Into Extraterrestrial Encounters (FREE), a former nurse, midwife, counselor, hypnotherapist and Reiki Master, International speaker and researcher.

Mary is the author of Awakening, How Extraterrestrial Contact can transform your life and The New Human, Awakening to Our Cosmic Heritage (2016).

Recognised internationally as one of Australia’s leading researchers of Encounters with non-human intelligences, she has lectured in North America, Europe, Scandinavia, and Asia. She has also featured in several documentaries, including a personal one with her son, “My Mum Talks to Aliens,” produced in Australia by SBS (2010).

Mary’s research explores the Encounter phenomenon from a multidimensional consciousness perspective and works with families and children. She cites her research to show evidence the star ‘Visitors’ have orchestrated many multidimensional programs to ‘upgrade’ and activate the consciousness of Homo Sapiens to become an evolved ‘new’ human. Mary believes this is a global phenomenon and the recent generations of humans, often called Indigos or Crystals (some labelled ADHD, Dyslexic, or Autistic etc.) are already ‘awake ‘ and conscious of their star origins  – and their Earth Mission to help activate the consciousness of Humanity.